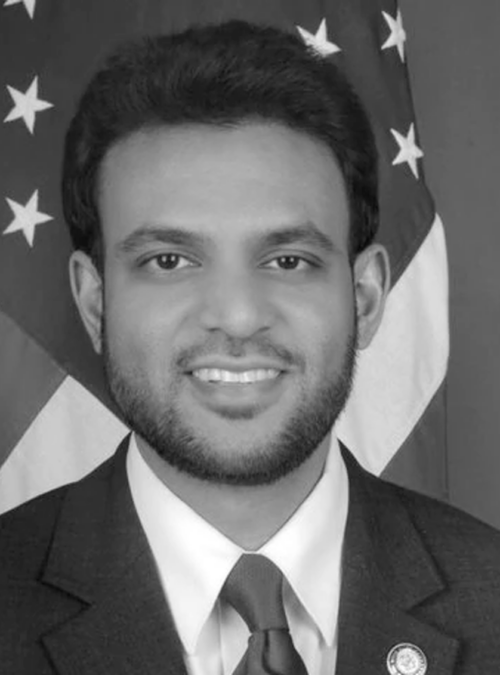 US Ambassador for International Religious Freedom

Hussain serves as principal advisor to the Secretary and advisor to the President on religious freedom conditions and policy. He leads the Department’s efforts to monitor religious freedom abuses, persecution, and discrimination worldwide. He also oversees policies and programs to address these concerns and works to build diverse and dynamic partnerships with the broadest range of civil society, with equitable and meaningful inclusion of faith actors globally.

Prior to this appointment, Hussain was Director at the National Security Council’s Partnerships and Global Engagement Directorate. From 2015 to 2021, he served as Senior Counsel at the Department of Justice’s National Security Division.

President Obama appointed Hussain to serve as his Special Envoy to the Organization of Islamic Cooperation (OIC), U.S. Special Envoy for Strategic Counterterrorism Communications, and Deputy Associate White House Counsel. In his roles as envoy, Hussain advised on foreign policy issues and worked with multilateral organizations to expand partnerships in education, entrepreneurship, health, international security, science and technology, and other areas. He also spearheaded efforts on countering antisemitism and protecting Christians and other religious minorities in Muslim-majority countries.

Hussain has worked on the House Judiciary Committee, has served as a judicial law clerk to the Honorable Damon Keith on the U.S. Court of Appeals for the Sixth Circuit, and was an associate counsel to the Obama-Biden Transition Project.

He received his J.D. from Yale Law School, where he served as an editor of the Yale Law Journal and Master’s degrees in Public Administration and Arabic and Islamic Studies from Harvard University. Hussain holds Bachelor’s degrees in Political Science and Philosophy from UNC – Chapel Hill. He has also taught as adjunct professor of law at Georgetown University Law Center and the Georgetown School of Foreign Service. A Texas native, Hussain is an avid basketball fan and youth sports coach.